Owning your own house may be one of your goals in life!

According to Demographia International Housing Affordability Survey 2017, Sydney is the second and Melbourne is the sixth most unaffordable city to buy in the world!

Let’s take a look at Japan.

Many Japanese live in apartments, and we call them ‘mansions’. Yes… mansions, however this does not mean a big luxury house. In actual fact it means a new modern built apartment. Real-estate companies wanted to distinguish between old and new.

A typical Japanese family of four live in a 3 or 4 bedroom apartment with approximately 70 -100 square meters of floor space. Sounds small, but you will find it to feel very comfortable as Japanese are very good at utilising small space.

Japanese house average a size of 120 -130 square meters of space with 3 or 4 bedrooms, which usually has a small back yard and a car park spot. Due to the small back yard, the houses are very close to each other and don’t have much space for an entertaining area.

How much do Japanese houses cost?

Since the prices are very different between city and rural locations, let’s take a look at kantoo area (around Tokyo) and Kansai area (around Oosaka) and compare.

As you can see, buying a home is often not a very good investment in Japan. Their value doesn’t go up and houses are difficult to sell. Due to this fact most people own their house to live in, not for investment purposes.

When selling a house in Japan, it is not common to sell through an auction, but instead using an agent to draw up the paper work and negotiate on your behalf.

Buying a house or property in Japan for foreigners

There is no restrictions to buy property for foreigners in Japan, allowing opportunities for international investment, considering how inexpensive it is to buy there, rather than in Australia.

Would you consider buying a house in Japan? 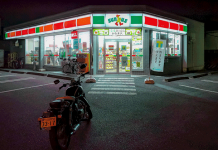