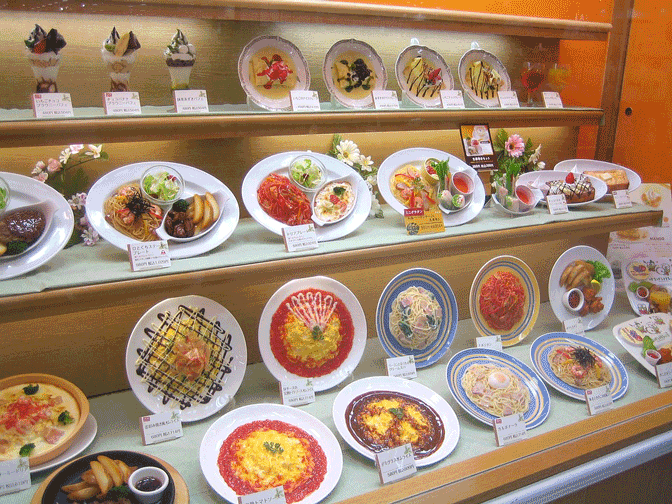 Do you know “Shokuhin Samples”?

Have you ever seen plastic food samples in front of Japanese restaurants instead of the traditional menus?

They look real, like real food… but they are all fake!

Almost hard to believe, isn’t it?

Plastic food samples have been around for over 100 years in Japan with the first on display in 1917.

Takizo Iwasaki (1895-1965) is acknowledged as the father of the industry. One of the first sample food models Takizo made was a rice omelette with ketchup based on his wife’s cooking. His company, Iwasaki-BeI still make 70% of the sample food displays seen in Japan.

When I was younger, I went to a Japanese restaurant with my family and saw many shokuhin samples in front of the restaurant. I was really surprised and amazed because I couldn’t believe these were all not real. I thought how beautiful they were and they looked so yummy. Since then I came to love shokuhin samples.

Real foods are gone once you finished eating them but sample foods never disappear and over the years I have collected and decorated them.

Sample foods are popular for foreign people. Many travellers go to Japan and say ‘Is this real?’ ‘So beautiful’ ‘Can I smell it?’ Now everyone is interested in sample foods.

Nowadays, not only you can see displays at restaurants but you can also buy them from the shops. There are workshops in Japan to teach you how to make them.  You can even buy kits to make your own at home.

Here you can buy sample foods and join the workshops in Japan. 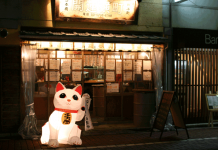