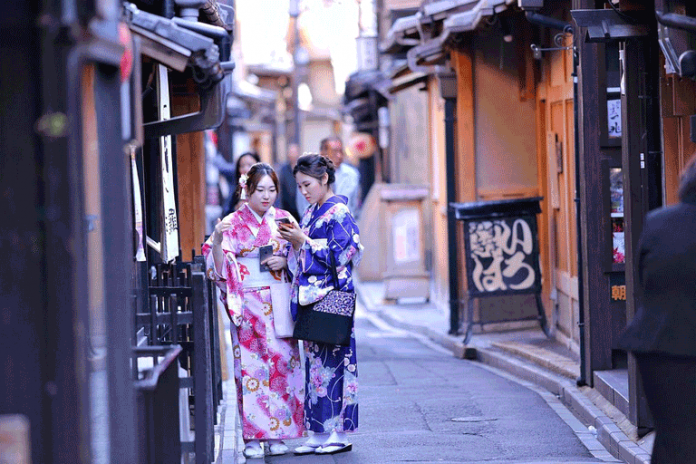 Up until the 19th century, which is known as the Meiji period Kimono was worn by everyone every day.

Nowadays, Japanese people rarely wear kimonos in everyday life, reserving them for such special occasions such as weddings, funerals, or other special events.

Kimono came into being during the Heian Period (794-1192), over time, as the practice of wearing Kimonos in layers came into fashion, Japanese people began paying attention to how kimonos of different colours looked together, and they developed a heightened sensitivity to colours. Typically, colour combinations represented either seasonal colours or the political class to which one belonged.

During Edo period (1603-1868), the Tokugawa warrior clan ruled over Japan and samurais wore their colours to identify their lord with patterns on their ‘uniforms’.

During the Meiji period (1868-1912), Japan was heavily influenced by foreign cultures and Government officials and soldiers were required to wear Western clothing for official functions. Then slowly people began to adopt western clothing and fashions.

Today, kimonos are thought of as one’s finest formal clothes, kimonos are a much less common sight these days but are still widely worn on special occasions such as weddings and graduation ceremonies.

Kimonos range from extremely formal to casual. The level of formality of women’s kimono is determined mostly by the pattern of the fabric, and colour.

Young single women wear furisode, a colourful style of kimono with long sleeves, once a woman is married, she no longer wears a furisode. Instead, she wears a tomesode, with shorter flips on the sleeves. 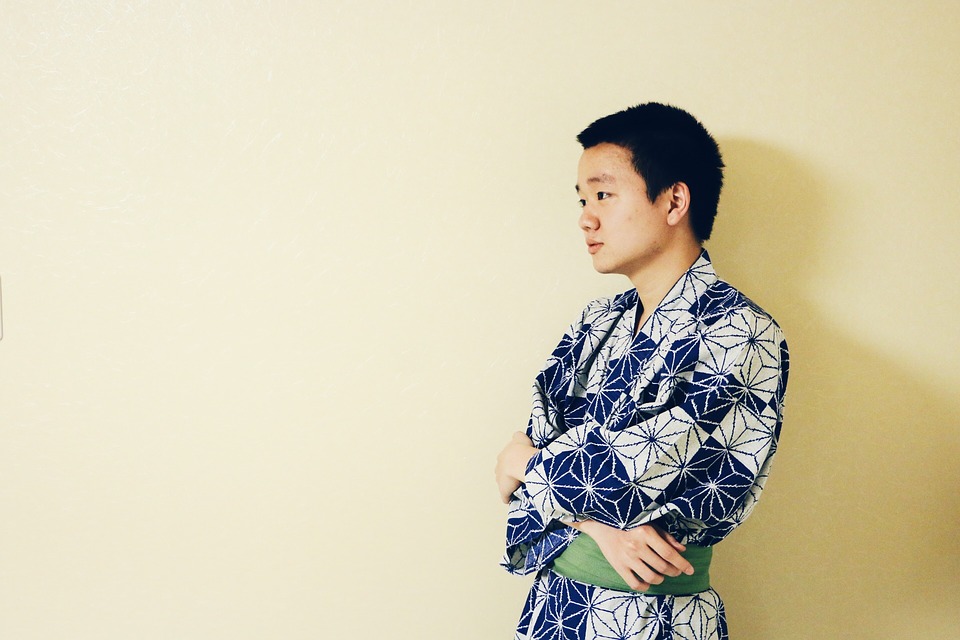 Men’s kimonos are usually one basic shape and are mainly worn in subdued colours. Formality is also determined by the type and colour of accessories, the fabric silk is the most desirable, and most formal, fabric.

At weddings, the bride wears in a shiromuku, a heavy, embroidered white kimono with an elaborate hairpiece then usually change to uchikake with beautiful orange-red colours.

The groom wears a black kimono made from habutae silk and carries the family crest. hakama (a pleated skirt) and a half-length black coat is called a haori.

Many modern Japanese women cannot wear Kimono by themselves, since the typical woman’s kimono outfit consists of twelve or more separate pieces that are worn, matched, and secured in specific ways, usually the assistance of a licensed professional kimono dressers helps to put it on.

To complete a kimono outfit, you need undergarments, obi (sash), ties, tabi socks, Zori sandals and accessories, this can cost in excess of $10,000.

Looking For Kigurumi in Australia?